Skip to main content
Free shipping within The U.S. for orders of $99+ 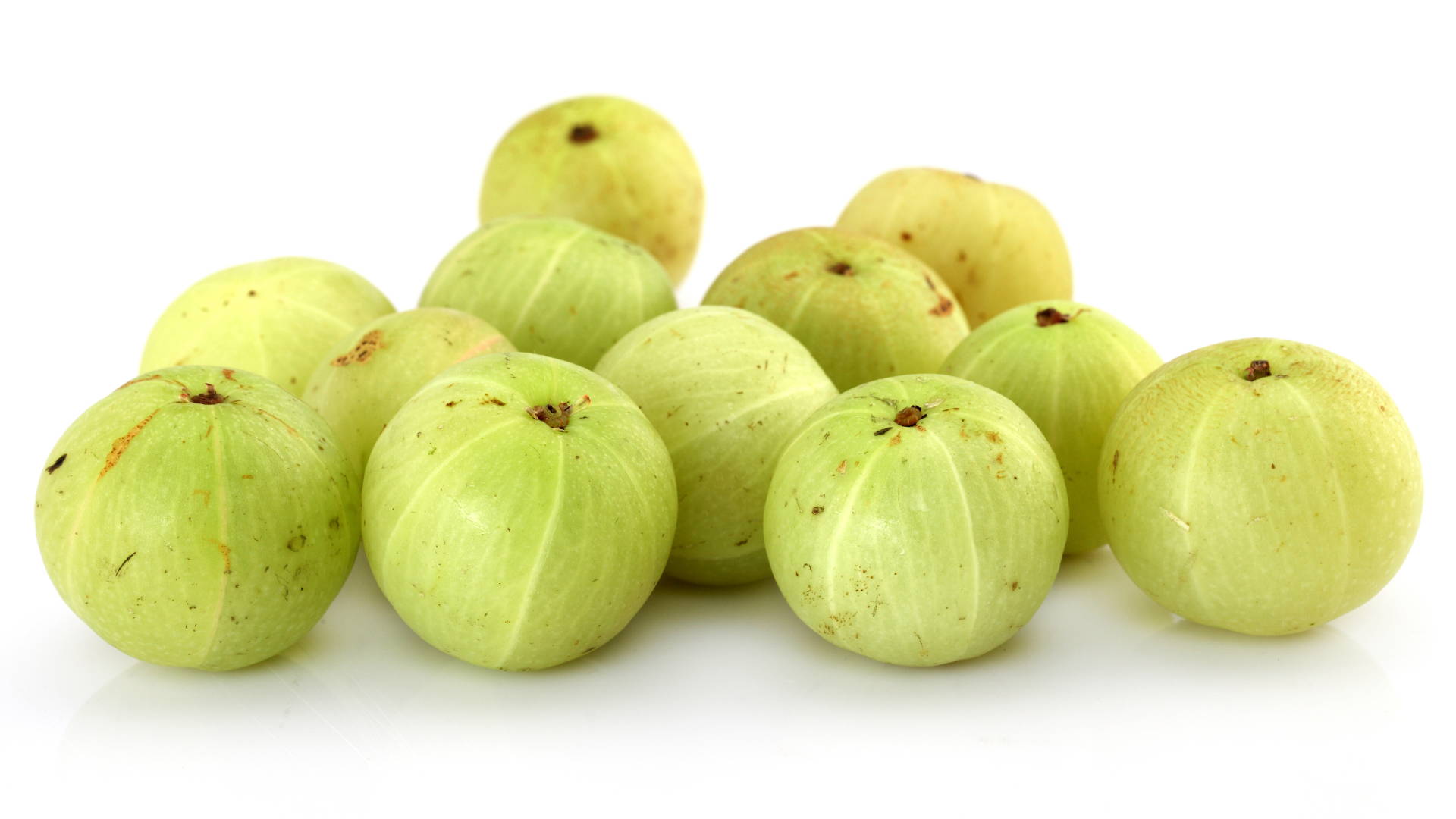 Amalaki is an ancient Ayurvedic herbal adaptogen known for centuries to impart vitality and rejuvenation. It is considered the ultimate healer, a potent herb that supports healthy aging and the immune system’s defenses.

This berry naturally grows during winter, making it one of the potent herbals that can withstand the cold chill of Kapha season or the unruly wind of Vata in the months before.

The Amalaki fruit has been called many names throughout the centuries, and few have made their way into modern usage. In Latin, the botanical name is Phyllanthus emblica. It is known in Sanskrit as “the sustainer”, translating into other words meaning “immortality” and “mother”. In English, it is often called the Indian Gooseberry. It may also be known as Amla or Emblic myrobalan.

The high content of vitamin C in Amalaki is stabilized by tannins, meaning it can be extracted and blended with other medicines without losing any potency.

This fruit is renowned in Ayurveda for being tridoshic, balancing for all three doshas. This is one of many reasons why this herbal is so powerful, as it can be recommended and supportive to all individual constitutions.

Amalaki is believed to strengthen and balance Vata with its sour-sweet taste. The sweet and astringent properties soothe and balance Pitta, and its pungency dries out a damp Kapha, helping to keep all three doshas in balance.

But what does that mean?

As a part of the Ayurvedic system of medicine, Amla is considered a Rasayana, or rejuvenating herb used for improving vitality, restoring the whole body and mind to a state of balance, and encouraging cellular rejuvenation to support longevity. It is the closest thing to the ‘fountain of youth’ believed to exist. While it is not a fountain, it is a berry filled to the brim with antioxidants.

The bountiful mass of berries with the bright green coloration is a welcome sight and provides us with a hint of its function: the immune system. By helping prevent imbalance of Vata from spreading into other doshas in the fall that often lead to sickness in the winter time, Amalaki is often recommended to remove that pathway to disease before it becomes a problem. Amalaki provides the body with a cure before it ever needs it, promoting healthfulness and providing support for the entire mind-body system

An Herbal Revered for Centuries

Amla has been a revered herbal since the beginning of Ayurvedic medicine. It is believed that Amla is the key to youthfulness and restored vitality.

For thousands of years, Ayurvedic healers have used Amalaki as a restorative herbal that benefits the immune system and supports healthy aging to keep individuals youthful and full of life.

At Kerala Ayurveda, we follow recipes from the Vedic texts passed down for centuries from the Kerala region of India, working with local farmers and foragers to harvest pure, non-GMO ingredients sustainably. Amalaki is just one of the many rejuvenating herbals available that bring ancient healing wisdom to your modern doorstep.

Many individuals look to science to inform their health, learning everything they can about the tangible benefits and interactions of medicines. Modern pharmaceuticals promise to provide the cure, but they often overlook the root problem or come with a host of side effects that can worsen symptoms.

Ayurveda itself means the Science of Life, and it is one of the few traditional philosophies of medicine that is backed by science and strives to push each natural ingredient through the rigorous process of scientific research. It is believed that the purity and strength of natural ingredients benefit the body in greater ways for the long term, not just for immediate health.

The ability of science and tradition to converge is a powerful concept for many people. These traditional remedies have been brought back from classic formulations and recipes translated from ancient Vedic texts, providing individuals with an assuring level of authenticity and sustainability for every traditional Ayurvedic herb.

Of the remarkable benefits of taking Amla, many revolve around its supportive qualities for the immune system and healthy aging process.

Backed by modern science, Amla’s high concentration of antioxidants and Vitamin C have been proven to have anti-inflammatory, antioxidant, and anti-hyperglycemic properties.

These properties support the immune system and digestive health which allows you to absorb more nutrients from the foods you eat. It has also been shown to improve the neurotransmitter activity of norepinephrine which is believed to improve cognition in dementia patients, a modern scientific discovery for a plant known to Ayurvedic doctors for centuries.

Like other medicines, Ayurvedic herbals should be used under the guidance of an Ayurvedic doctor or Vaidya. Certain individuals should not take Amla or should only take it with certain considerations for their health. For example, if more Amla is taken than is recommended for your individual circumstances, it can worsen constipation rather than soothe it.

Likewise, it should not be taken before surgery or if you have been diagnosed with low blood sugar, as Amla can lead to a drop in blood sugar or an increased risk of bleeding. Amla has not been adequately tested in modern scientific literature for use in individuals who are pregnant or nursing, so it is advised to avoid Amla in these cases.

Connecting the Mind, Body, and Spirit

Amla is an herb that helps connect the mind, body, and spirit. In Ayurveda, balance is the key to healthfulness.

This rejuvenating herbal supports digestion and immunity, the cornerstones of our physical health. It is also considered a brain tonic, supporting cognition, memory, and a calm, clear mind.

With the mind and body more balanced, the spirit can thrive, and emotional health begins to flourish in a positive direction. Because of its ability to connect the mind, body, and spirit, Amla is revered in Ayurveda as one of the most important medicines for vitality. 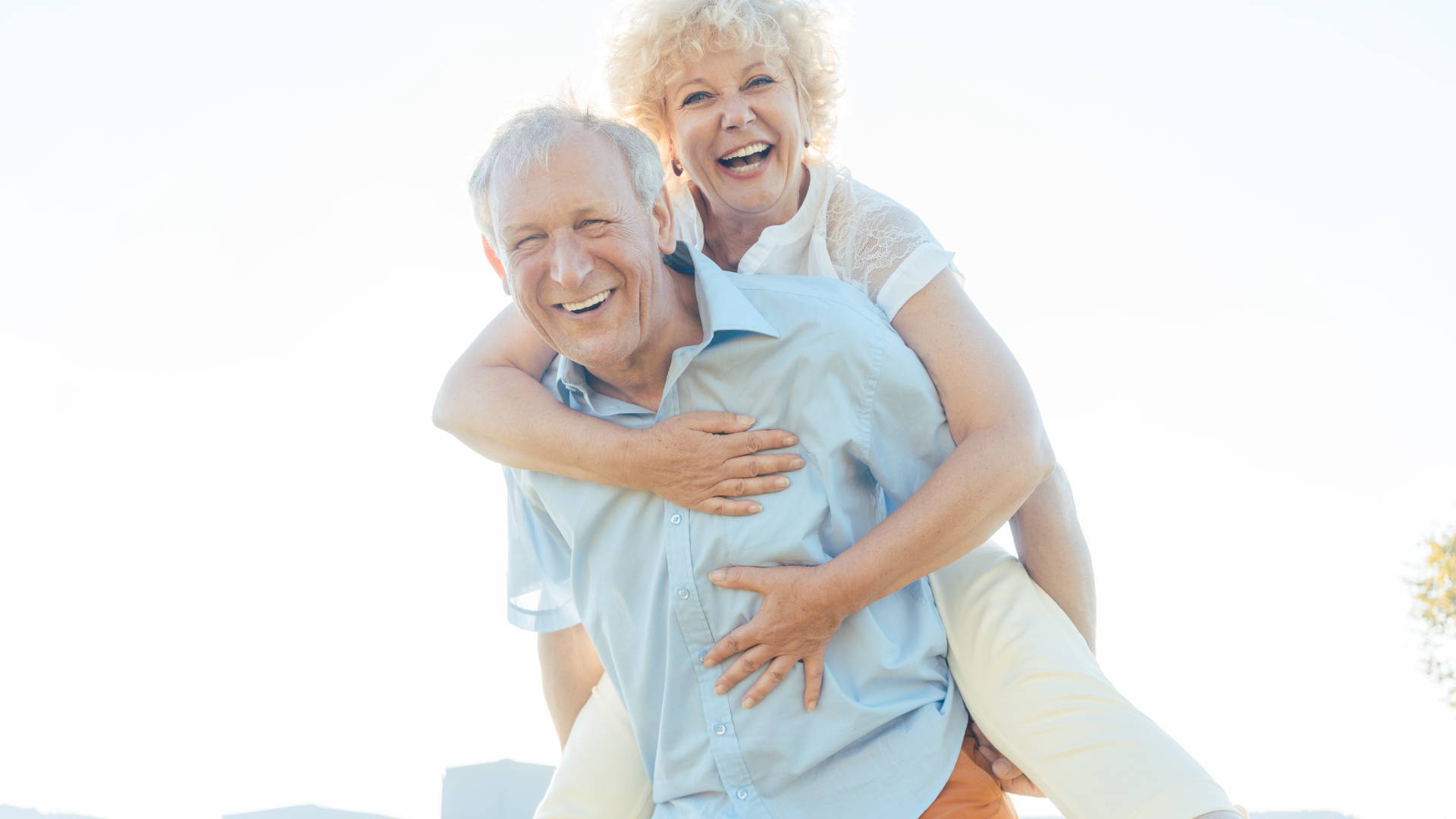 The long history of Amalaki starts with a story that was born in ancient times and passed down through classic texts and writing. This legendary story is about a man in his nineties named Chyawan.

Chyawan had gone his whole life searching for his soul mate, but at ninety years old he had not been able to share his life with anyone. Having foregone the possibility of a wife, he was surprised when he finally came across the love of his life.

Unfortunately, the man was too old to start a family, but he was determined not to give up. He sought counsel with the Ayurvedic doctors that specialized in longevity, and he shared his story with them. He told them that he had finally found the love of his life at ninety, and he was desperate to become youthful again so that he could father children and share his life with his soul mate.

The doctors sympathized with Chyawan’s struggle and prepared a special formula for him that they said would give him the youthful vitality he was looking for. The formula was written as Chyawanprash, literally meaning ‘What Chyawan Ate.’

It is believed that Chyawan took this formula and lived the rest of his life happily with his soul mate, fathering children and finally achieving the dream that he had spent his life searching for. He had his youthful vigor restored and, while it may not have turned the clock back, he was happy and full of life.

Over one thousand years later, we still have this recipe thanks to the ancient Vedic texts which are the foundation of today’s Ayurvedic philosophy. The primary ingredient in this formulation known as Chyawanprash is none other than Amalaki.

Thanks to its rejuvenating properties for mind and body, Amalaki is known as the immortality berry, supporting healthy aging, vigor, and vitality. While there’s no magical cure for aging, the ways we support aging can be influenced by many things in our everyday life.

The fountain of youth is indeed much more than a myth. For centuries, hundreds of people have explored the world looking for an object that would provide humans with immortality, but none have found it. That is, none have found it in the mythological form they are hoping for. Rather, the fountain of youth can be thought of as fresh and pure ingredients we put into our bodies, and can follow the rejuvenating principles of Ayurveda.

Today, modern science teaches that oxidative stress can damage cells and speed the aging process. Antioxidants found in berries, fruits, and vegetables and many superfruits like Amla contain concentrated levels of these antioxidants and other vitamins that support healthy aging and help prevent damaging cellular activity.

Amla is also an excellent source of polyphenols and vitamin C which support digestion and enhance the absorption of essential nutrients such as iron, folate, and B vitamins. Amla has been shown to improve brain function and cognition, boost memory, and reduce the number of free radicals in your body that attack and age cells. Positive effects have also been seen in protecting animals against oxidative damage.

Not only does enhanced nutrient absorption make you feel better throughout the day, but it promotes cell vitality, supports immune function, and aids the cellular rejuvenation process. By supporting the immune system, the phenolic compounds in Amla help your body naturally fend off viruses and repair damaged cells.

Amla is a go-to rejuvenating adaptogen that will nourish your entire mind-body system and support longevity and a youthful appearance. Amalaki Rasayana is a wonderful way to introduce Amla to your diet for improved digestion and immunity and support youthfulness.